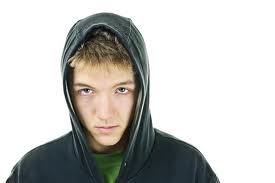 Kids and teenagers you might not realize this but when you are ugly and mean to your mother, everyone (the general population) thinks you are a punk….without exception.

Here’s what happens.  When I worked at a boarding school I was on a committee to help choose the “Community Leaders”.  It was a big deal and roughly 100 kids applied for the 25 spots.  A beautiful and smart young lady applied. She had a 4.0, she was a cheer leader, she was the president of several clubs and she was a minority (we really needed some minority kids to be leaders) so she was a great looking applicant.  But several of those on the committee, students and staff, had watched the way she treated her Daddy when he came to visit. His name was Levon, He was a hard working, blue collar widower who worshiped his daughter. But she treated him like bear poop. She was rude, condescending, snarky and bitchy to this sweet old man. This was brought up during discussion and her file was tossed. People had been watching and knew what kind of person she really was.

Recently I mentioned to my seventeen year old daughter that I ran into her friend, Heather, at Wal-Mart. I said we had a really nice conversation in the produce isle.  But my daughter shook her head and said, “I know, right? She’s so sweet and cool to everybody at school but she treats her mom so mean. And her mom does EVERYTHING to help her. It’s crazy. She gripes and yells at her mom in front of people all the time. ”

And guys, did you know one of the first questions everyone in the family asks after you’ve taken one of my daughters out…..”How does he treat his mom?” If he isn’t sweet, if he doesn’t love on his mom, if he doesn’t give her hugs and love….you’re on the list. Because we all know you will treat our daughters the same way you treat or mom. With respect or like a punk ass jerk.

When eleven year old boys want to come to our house they are always sweet and polite to me, but then, when I find out they treat their moms as though they were indentured servants…well, that’s not the kid I want to take to Magic Springs. What if his behavior and attitude rub off on my kid.

So kids, 8-30, now you know. You will be judged by the way you treat you moms. If being rude to her makes you feel more important and more grown up, understand it’s actually  making you look  small, weak and and pathetic.

3 thoughts on “When You’re Mean To Your Mom”