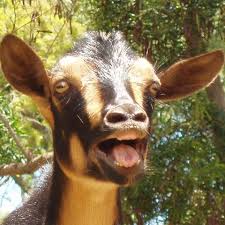 A couple of weeks ago I saw a guy get his nose spread across his face like peanut butter by a wicked spin heel kick at a Taekwondo tournament. It was an inspiring and bloody mess. Lexie missed the astonishing kick because she was checking her texts.

While we were driving to the mall, Sandor and I watched a mother deer and her three tiny spotted fawns bound across the street, right in front of our car. Sandor and I  squealed and gasped as though having some kind of happy seizure but Lexie and her friend, missed it because they were texting.

Not long ago Sandor missed seeing a dead goat on the side of the road because he was playing with Lex’s phone.  Every little boy  wants to look at the bloated body of  a dead goat!

You get the idea and I’m just as guilty. Last week as Sandor was reading to me, telling me about the Basset Hound with the longest ears in the world (over a foot long according to the Guinness Book of World Records). He was waving his hands around talking about this dog, when my phone lit up. And I checked my text. The text from a co-worker said, “it’s raining here”.  And while I was reading that text Sandor wandered off because
I wasn’t paying attention to him anymore.

Kids text each other from the deer stand in the middle of the woods and entire families sit in the bleachers during football games staring at their phones. Yes, they manage to see the big plays but then they miss the coach when he high fives their son, they miss seeing their boy sitting alone and dejected on the bench, because he missed a big tackle.  We are all missing out on the moments that give life flavor.

As long as teenagers are texting or waiting for their phone to go off and make their butt buzz, they aren’t really engaged in life. If they are texting while they watch tv with the family, are in the car or sitting at the bus stop, they are in two different places at one time and they are missing the show.

I hate writing off an entire generation but, I think it’s too late for the teenagers and twenty year olds(sorry guys, you can’t be saved). The dye has been cast, so we might as well move on. But as parents we might be able to help our younger kids. Before you give them their first phone, make some rules for texting and make sure they apply to you as well.

1. No texting when you’re eatting with another person.

2. No texting when you are involved in an actual activity, like deer hunting, skydiving or wake boarding. Enjoy the moment, even if it’s a quiet one.

3.  If I’m driving NOBODY gets to text in the car. (you don’t want to miss seeing that dead goat)

Technology has gotten ahead of us.  Once upon a time we thought it was  a good idea to put cocaine in Coke-a-Cola and to give it to depressed middle aged women. We thought cigarettes were actually good for us. Doctors believed mercury baths were a great way to cure stds or venereal diseases (yup it cured the disease alright  but it also killed the patient).

After a while we figured out mercury and cocaine were actually BAD for us. Maybe that’s the case with of texting. We have an amazing technology but we don’t actually know how it will effect us socially, intellectually or physically in the future.

I recently read a report that teens make far less eye-contact now because they are so accustomed to looking at their damn cell phone.

Once, my son Jack, said, “nothing really important ever gets said in a text,” and he’s absolutely right. It can all wait. Don’t let texting blind you to the beauty, tragedy and taste  of life and stay away from the mercury baths.

One thought on “Texting and the Dead Goat”