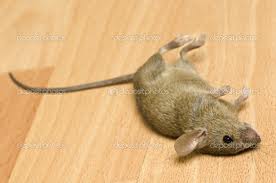 This morning Sandor, who is ten, found a dead mouse behind the couch. He was so happy. I was disgusted.  but I let him scoop it up in a plastic thing and put it out side. He wanted to save it and show his friend Joe Joe. Yuck…little boys.

As I drove to work I wanted to call my brother Granger because he would love this story. But Granger died a year and a half ago.  As I drove in to town I watched a sleazy looking daddy standing at a school bus stop with his little boy, who was running in circles around his dad’s legs. I see this pair almost every morning and they always look pretty happy even though the dad kind of freaks me out.  He’s got tattoos on his neck and smokes constantly. Still, he looks like a pretty loving and patient dad.

Granger would love that almost as much as he would love Sandor and the dead mouse.

I realized for the 637th time that my brother, Granger, was magical because he loved this world so much. He loved hobos and lizards and BBQ pork sandwiches, BB King riffs, ponies in pastures and tarpon. He loved and hated smells and would comment on the air constantly.  He loved this world with a passion and a vocabulary so colorful it seemed he’d swallowed a box of crayons. Because he was so excited and passionate about everything from old black ladies on bus benches to stray dogs other people fell in love with this world too. His magic and love were contagious.

One day he stood in my office and told me could talk to Alligators. He was serious. And I think there’s a chance he could.

A couple of years ago Granger stood, half drunk, watching my daughter Lexie spar a great big boy  in Taekwondo. He said with pride, “She’s like a dragonfly on steroids.” That one stuck.

When Granger spent a year and a half in prison he made such good friends he insisted I become their pen pals after he was released…so they wouldn’t be lonely.

When he died everybody figured there was some kind of fortune and treasure hidden because Granger was a pirate.  But he loved this world so much and so hard he spent every penny on the people and things he loved. And he loved the world like a man who knew he would not be here for long.

Today, go out there and love the world with all you’ve got. I’m going to try.