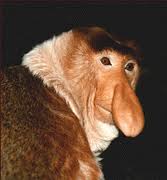 Parents and relatives tell kids stuff that’s simply not true, all the time.  I don’t think they mean to lie. We simply have wrong thoughts in our heads or  understand the world in a way that’s goofy and semi ignorant.

When adults say ridiculous stuff to you don’t get all jacked up. Don’t get mad and cut them out of your life.  Most of the time parents and adults, especially moms and grandmoms say crazy mean stuff.
My grandmother, Bubba, was a saint, one of the most loved women in Hot Springs, Arkansas. She was kind, generous, giving, warm and intelligent. She was also born in 1895, in south Arkansas.
That might explain why, when I was seven or eight years old, Bubba became concerned about the size of my nose.  Just so you understand I have a strong nose. It’s a serious nose, straight, masculine, and probably a little heavy for my face…but as my husband just said, “it’s not bulbous”. (thanks honey)ally  moms and grand moms, think they are helping you. They do love you,  they are just…..kind of stupid sometimes.

The truth is I have the Stell family nose.  It looks great on men. All the men in my family with the Stell nose were considered very handsome but I’m the only woman in several generations to carry this family feature.

Back to the story. When I was a little girl, my grandmother Bubba, whom I adored, suggested when I was watching tv I should hold my nose, wrap my entire hand around it…so it wouldn’t grow anymore.  She explained how the women in the Orient wrapped their feet so they would remain petite. Maybe I could do the same thing with my nose.

Until that moment I’d never really thought about my nose.  Obviously she’d been thinking about it a great deal.

So, I would spend hours watching the Brady Bunch and Gun Smoke with my hand wrapped around my nose. I didn’t offense then because I was just a little girl, but a few years later I figured things out.  Bubba thought my nose wasn’t very attractive, too big and heavy. And she wanted to help me because she loved me.

Since the day I figured out what Bubba was really saying, I haven’t had any doubt. my nose is waaay too big. But I do not believe for a second Bubba was trying  to hurt me or do me harm.  She just wanted me to be pretty and have a wonderful life.

Bubba also told me, when I was thirteen, I should stop running around barefooted. She said my feet would be the size of skillets and no handsome man would marry me.

My beloved Bubba was wrong. I’ve had two husbands and lots and lots of handsome men in my life. Apparently, they really don’t care about the size of my feet.

Again, Bubba wasn’t trying to hurt or criticize me. She believed she was right. She loved me and wanted me to have a handsome husband. Because in her mind that was the key to happiness.

So, when someone in your family says you are going to be a failure if you…., when they say  your life will be a disaster if you break up with a certain boy or fail to follow a particular career path, if they tell you your eyebrows need to be plucked or your hair should be blond…they probably love you. They love you and genuinely think they are helping.  Let their comments roll off your beautiful shoulders and melt into the mud puddles.

That’s what I did, along with my big nose and handsome husband.

On the other hand, if several people in your life are telling you the same thing, like, “That guy is a super creep, stay away from him.” You probably need to take their advise seriously. They want you to be happy and they see something you don’t.

But DO NOT wrap you hand around your nose while watching tv, that doesn’t work.

3 thoughts on “When Adults Say Ignorant Stupid Stuff to Kids”