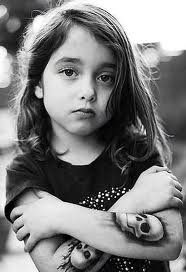 4 thoughts on “100 Dollar Jeans and Snotty Little Girls…….. Brilliant Parenting That Didn’t Come From Me!”