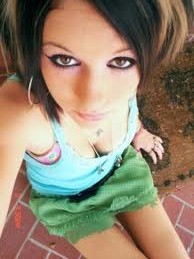 There is a terrible moment moment when your daughter introduces you to her new friend and you know, instantly, she’s a backstabber,a user and a bitch.

Her hand shake is fine, she is pretty and smiles. She has nice teeth. But you know because the ultra-developed mom radar starts pinging as though the Soviet Army is about to strike.

Your daughter doesn’t see it. She can’t feel that the bitch switch has been flipped and insists Heather is a sweetie and lots of fun and a good friend.

This is a sickening situation for any parent because we know this Heather, at some point, will become hateful. She’s one of those kids who tries to influence weaker students and if she can’t take over their life she starts trash talking. These girls are a nickel a dozen and every high school has pods of them.

This one, Heather, is not the traditional “mean girl” who owns the school. She’s a lot more manipulative. Boys suck up to her because she wears a lot of eye liner and that makes them think they will get some. Girls want her to like them because she’s got all the guys sniffing around.

You let her come over with several other girls, but you watch her very carefully. She’s good.  Her eye rolls are so subtle the other girls miss them.  Her sighs when somebody asks a silly question speak volumes. When one of the girls goes home early she starts making tiny comments that make the other girls, including your daughter, giggle. Then they bump against her and tell her to stop because they know what she is doing is wrong. Still, they are intrigues. Heather is choosing them over the other girl. She’s culling girls out.

In the car Heather tells you about her classes, she makes good grades but she says really disrespectful things about her teachers like, “Mr South is such a moron” and she makes comments about her parents that lead a mom to think they are shady. “They always stay out really late on Friday night” or “thanks for driving me home, my parents hate driving me anywhere.”

Then it really starts. Heather encourages girls to break up with their boyfriends. She tells them they  can do so much better. When the break up happens, she starts flirting, hard core, with the boy, saying, “Well you broke up with him I figured you wouldn’t care.”

Eventually, Heather will have two or three allies, they are her body guards and comrades, who have fallen under the troll’s spell. She’s cut everyone else out because they started to see the evil bitch shining through like a red light. And if  girls are not on her side they have giant targets super glued to their backs.

You want to warn your daughter, you want to tell her exactly what kind of person Heather is and forbid their friendship. But that will not work. She will think you are wrong and old. Heather will become Romeo and you will loose. The best you can do is counsel your child when you see Heather doing something bitchy. Make sure she sees it too. I’m not very good at being subtle so I say stuff like, “Hey, if she’s talking ugly about Julie when she leaves, she’s probably talking about you guys too,” or “She rolls her eyes and sighs like she thinks she’s better than everyone else. Doesn’t that make you crazy?”

In saying this super obvious stuff I’m hoping my girls will see the train and jump off the tracks before it runs her over. And, if Heather has her way, and turns on your kid, the best you can do is help her regroup, figure out who her real friends are and start all over.  Try to reach out to the other girls who got hit by shrapnel And generally saying something really snarky makes everybody feel better like, “Honey, she’s got funny looking ears, fat ankles and she’ll never make it through college. You can do way better.”