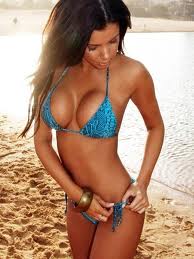 It’s Valentine’s Day. Alex is sooo sick…coughing up his lungs and gasping for breath. Still, when I hugged him good- bye this morning he grabbed my butt. The man is about to die in his bathrobe, but he thinks there’s a chance …… Well good for you Alex. That makes me proud.

I wrote this last year and it’s still true. Men want younger, hotter women, no matter how old they get. Damn it. When I was 25 I thought it was great. Now it makes me mad.

I know dozens of middle age menwho would give up both their pinky fingers to be with a 25 year old woman. They would book a room in a heart beat because that’s the way guys are.

For most men, youth is the hottest attribute.  A semi-pretty 25 year old is better than a hot 50 year old. Yeah, men are kind of scummy but it’s not their fault. God made them that way.  Young and hot, in the boy brain means they can produce lots of off-spring.  Guys think they just like big boobs but what they really like is a woman with big boobs who can feed a whole pack of children.

When I look at 25 year old men I think, “wow, he’s go nice skin but he seems pretty stupid”.

What men and women want and need are galaxies apart. When men watch strippers and pole dancers they actually want them. When most (not all) women watch the Chippendale dudes it’s fun and silly, but we don’t actually want to carry those young men home.  They have rock hard abs but they still don’t meet our requirements.

I’m going to say it and you can howl if you want. Most men don’t actually care if a sexual partner is smart. Yes they do want smart friends to talk to and they want their wives and girl friends to be smart if they plan on keeping them around for more than a couple of years…but hot is better than smart for most.

An ugly girl who is smart will not get asked out much.

A hot girl who is stupid is busy all the time.

“Men just need a place and women need a reason”.

I can’t beat guys up too much for being focused on youth and hot, because they are genetically programed to be that way. It’s actually not their fault.

I get it, but it still pisses me off.  Happy Valentine’s Day.  Go wink at an old lady and make her day or leave me a comment, that’ll make my day. hampoland@gmail.com