Eulogy for I Granger McDaniel

As most of you know, McDaniels are legendary cry 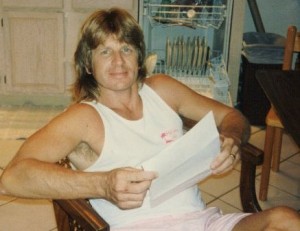 babies so please for give me.

Having Granger as a brother was a little like being related to a rock star. He came to town, the world temporarily shifted on it’s axes, black was white, three in the morning wasn’t late, then he would leave and it took months for things to be normal again.

But there were always two things Granger loved, first his daughters. His life was so full of love, everyone one considered him their best friend or the love of their lives.

But for Granger, it was the girls. They were the great loves of his life. The love he was looking for was there.

But Granger’s second love was a little like being a life guard at Magic Springs. My brother lived to rescue people. Like Don Quioete he would never give up, he lived to help and he was always looking biding his time till the the next great adventure.

If you were jammed up and needed somebody to loan you 500 dollars and drive you to Walla Walla, Washington . Granger was your man.
If you were a stranger in need of help, he’s the guy you prayed you’d run into.

I told CB, Granger was forever coming home with strays…there was Motorcycle Rick who lived in our garage, there was Danny Beavers who wore white turtle necks and I think totaled my mom’s car. There was a Russian poet named Valadimer. Granger picked up while he was hitchhiking in a suit with an umbrellaon  the Florida turnpike around Christmas.

Granger was simply incapable or turning his back on anyone in need. Imagine that next time a hobo asks you for a dollar in the Walgreens parking log.
Granger couldn’t’ say no

And after the rescue was complete, Granger created the story. You would be “Grangerized” .

When something is grangerized it becomes bigger, brighter, more extraordinary because that’s the way he saw life. Lakes, puppies, alligators, relatives, beautiful women, buildings. He had the uncanny gift of recognizing the most magnificent attribute then building entire fantastic descriptions around that single quality. It was his way of loving the world. If he met an ugly woman, I mean really horrendous looking girl he would tell me something like “she has the most beautiful ankles, so small I can get my thumb and forefinger around them, she has ankles of a race horse..” And the ugly woman was grangerized and beautiful

I realized the other day Granger was one of the few people in life that didn’t settle for the box of 8 or 16 crayons, he used the gigantic box of 124 , the one with the sharpener in the back because his world, and his vision of the world, needed that many colors

You know, the world would be a better place if was could all be a little more like Granger, find the amazing in every thing, use a few more crayons and take the time to rescue those in need.

If you really want to remember Grang make sure you turn your radio up waaay too loud, flirt shamelessly with a pretty girl, dance with an old lady and embrace this magical life God has give each one of us.

5 thoughts on “I. Granger McDaniel II”