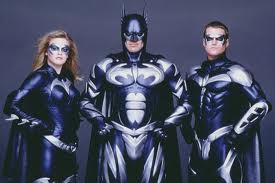 I just finished reading a brief history of underwear and I was stunned by what I didnt know.

Obviously, animal skin loin cloths were the first underwear, and according to historians King Tut had over 100 different loin clothes. He always did look like a fussy dresser to me.

Well, after the loincloth, the next really big break in underwear was the codpiece, and here’s were pantie fashion gets really interesting.

Before the Renaissance  the codpiece was just a flap of fabric covering the slit in the front of man’s pants. Men back then were exactly like they are today, and wanted to be able to pee without pulling off  all their clothes.  Well, one guy,  The Duke of Bologna (I swear I’m not making this up) appeared in-front of King Henry the VIII and Anne Boleyn and his cod piece flap was great big.  The king thought this was a new fashion from Italy and insisted his be even bigger.

Men also started using the codpiece as a place to stash stuff, like coins, small weapons and snuff. It was a little man purse!  The word “cod” in middle and old English actually meant ‘bag’, so stop making those fish in the pants jokes.

Because Rensaunce guys loved that fancy pants stuff (literally in this case) those great big buldging codpieces got a makeover.  Men started decorating them with bows, embroidery and jewels…and yes…that’s where the term “family jewels” comes from.

It all makes sense now!