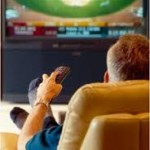 I have so many married friends who bitch about their husbands and boyfriends, endlessly. And  one of the top three complaints…”He’s never romantic anymore”.

Women and men, I think are simply missing the point and the obvious.

Alex and I have been married/together for almost 20 years. And when we first started dating he was magnificently romantic, he would leave little bunches of flowers, that he pulled out of the yard, on my car windshield while I was at work. He loved to fix me extravagant and luscious meals (he is a chef so it came naturally) and anytime there was a live band, he would slip the singer a ten and have them play a song for me.

Now, if he makes a meal it’s probalby something like Spam and eggs, we haven’t danced to any song, much less “My Funny Valentine” in at least five years. And yes, just writing this makes me pretty sad because I miss dancing with him.

But the truth is, we have four kids, two jobs and a lot of laundry that needs to be folded. Because of finances and timing, we only get to eat out, alone, in a real restaurant, maybe once a year.

But I would be an absolute idiot bitch if I didn’t notice the little gestures, if I didn’t appreciate the tiny romantic things he does everyday.

1. We have a complicated coffee pot and I hate it, but I have to have hot coffee twenty seven seconds after I wake up.   Every night Alex sets the coffee pot so it starts brewing twenty minutes before I wake up. Now that’s sweet.

2.A couple of weeks ago, he told me I looked hot as I was leaving for work. Sure, I heard that comment four to seven times a day from age 20-35, but my husband managed to say it last week, after twenty years together. Thank you.

3. When both our cars need to be worked on, Alex always insists I get to the mechanic first. Even if his AC goes out in the middle of August.

4. When I’m making dinner and he’s watching tv  and I say, “Honey, will you run to the store and get “girl stuff” for me…right now?

”  He generally doesn’t even sigh and he actually tries to pick out the right product instead of grabbing the first feminine package he sees and running out of the store. Now that’s a real man.

5. And at 4am,, when I can’t sleep and I’m kicking at the blankets and flipping the pillows in search of the cool side, he doesn’t complain. Instead, if I ask, he puts his hand on my back, to help me relax and fall asleep. That’s the sweetest thing in the world better than roses and creme brulee’.

This all reminds me of puppy love, with actual puppies. When you first get that adorable fuzzy creature you can’t keep your hands off her, you let her sleep on your pillow next to your face, you coddle, rub and woo woo the puppy constantly. Then the puppy turns into a dog, you don’t want her on your pillow and you turn your head when she tries to lick you on the lips. But you don’t actually love the puppy more than the dog, in fact the opposite is true. You just love differently.

So maybe, after a  few years, we all need to revise our definition of romance, be a little more observant and a lot appreciative.