When I look  back at the 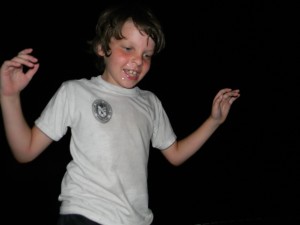 stuff that happend last year I’m grateful we are alive and happy, but I also have to think, “what the hell is wrong with us?”. If you don’t know a Hampo personally this list won’t mean a thing to you.

You know how people send you those annoying Christmas letters with all their activities and accomplishments?  This is like that but way better.

We put a pedomitor on Alex at work.  He averages 13 miles a day! No wonder he’s tired.

Mary suddenly becomes ridicicilously georgous and we are all blinded by the sparkle.

The year has come full circle, Race Meet starts in just a few weeks and Alex will look at all that corned beef again. Happy New Year!