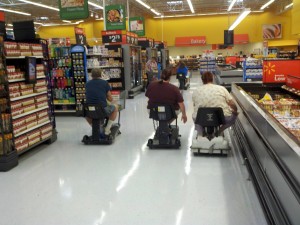 One thought on “Evil Catfish And Wal-Mart Scooters”