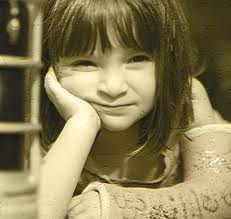 Health Insurance for my family, it’s a disgusting issue  and nobody wants to deal with it, much like finding a opossum living in your garage. You can’t just ignore the filthy ugly creature and it won’t go away by itself.

Here’s my problem. Three months ago my husband and I went through bankrupcy and now we are cheerfully trying to pay back all our creditors.  For one month the collectors stopped calling, and my mailbox wasn’t spewing medical bills.

But life happens, we had a hospital visit and two doctor visits. Sandor had a funky rash and Lex had strep. And now, despite my excellent health insurance (I over pay $300 a month for my  Blue Cross coverage) we are back in the hole. We owe over $3,000 dollars.  So, my question is…does insurance work? Does it even matter if I have insurance?

If Alex and I didn’t have jobs or insurance and our kids were sick I’d take them to the emergency room, they would be treated but nobody would expect me to pay $600 for Sandor’s rash that was shaped like Utah.

I’m be willing to bet we’ll be 10,000 in debt because of medical bills in less than 12 months. Because we have four children, stuff always happens.  Last year Mary was sitting on a giant exercise ball watching CNN. She fell off the ball backwards hit her head. That concussion cost us $4,000.  Two years ago Jack was driving on the highway and a horse hit his car, literally.  The horse ran into his car rolled over the hood fell off the side and trotted away.  The car was totaled, Jack was all beat up and the horse didn’t have a scratch or insurance. The medical bills alone were over $3,000.

I don’t know what the answer is, I don’t think anyone does.

But we need to figure something out because  Sandor fractured his wrist three weeks ago playing Wall Ball during recess. The first bill arrived a few days ago but I haven’t had the guts to open it yet.

One thought on “Health Insurance…The Opossum In The Garage”