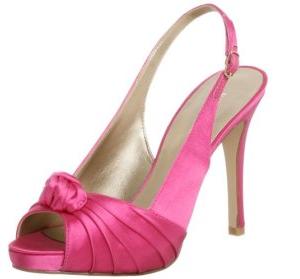 Does this happen to every parent? I’m not sure.

I’m rolling through a work day morning when I get seven phone calls and two texts…from Mary, my beautiful, shiny, brilliant, pre-med daughter. The text reads, “THEY PUT ME IN JAIL! CALL NOW”

When I call her back I get a moderatly hysterical Mary who went to court to tell the judge she didn’t finish all her community service. She had to do community service because three months ago she got a speeding ticket and couldn’t pay the $300 dollar fine.

I think Mary expected the judge to be a kindly man, kind of like a college professor,  who might scold her gently and granted her a two week extension. Instead he threw her in jail until she could come up with $500.

Her phone calls went like this.
“Mom, I’m in jail and I’m supposed to be in microbiology, I’m in jail Mom, I have to call my professor and tell him I’m in jail.”

“Mom, I’m in jail and I’m wearing my light pink Nine West heels (I know these heels are easly 3 or 4 inches…what an image).

“Mom, I have to pee and the toilet is so disgusting and it’s connected to the frickin’ water fountain. That’s so not right. I not peeing here.”

I still don’t understand how Mary got to keep her phone while she was in jail but that stuff happens in “Mary Land”.

And finally there was the $500 she needed to be released. Her cousin Faith, who from now on will be addressed as “Faith the Amazing” had $500…and….was willing to bail Mary out. Mary’s brother, Jack, who is generally her ATM, was out of state.

My questions for Mary went like this?  “Did you pull a Lindsey Lohan and write something bad on your fingernails?”  and “Do you think they will kick you out of the soriority becasue you’ve done jail time?”  I was just kidding but she didn’t think I was very funny.

So, the moral of the story…I’m not sure. For high school and college students I think the moral may be don’t assume good looks, nice shoes and a giant ACT score will keep you out of jail.

For the rest of us, make sure you got to the restroom before going to court cause you never really know what’s going to happen.