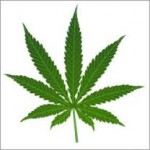 My oldest son, Arkansas, moved to NYC last week and every day he calls with a new and bizarre New York Fact. The City is a stunning place but I don’t believe we are actually living in the same universe anymore.

First, there’s the dating issue.  Here, in Arkansas, when a boy meets a girl he likes at a bar or football game he will start texting and face-booking. Then they will go out a couple of times and then, they “are going out’. Which means the boy is not allowed to go out with any other cute girls. If he does talk and text and date other girls, he’s a sleaze. The rule down here is one at a a time.

When Arkansas found out dating a half dozen girls at the same time was not only acceptable but expected, he could barely conceal the absolute  joy in his voice.

On a Tuesday morning my son called to share another crazy, but wonderful ,NYC reality. You can get just about anything delivered, including sushi at one in the morning or pot. That’s right, in New York you order pot via a text message then a dude on a moped shows up at your apartment door with your order. “Guys on scooters are all over town Mom, delivering pot, twenty four hours a day and I got three sushi rolls for twelve dollars”.  Wow, Arkansas sushi is a lot more expensive.

I thought maybe he was exaggerating about the pot delivery but, after googling “pot delivery in NYC” , I learned it’s just another accepted fact of life in the city.  I found a blog on tipping the pot delivery guy and a pot delivery rating based on quality and delivery speed, just like restaurants.

Yeah, he’s in a different universe now. He gets to date lots of cute girls in the same week.But everyone needs to remember, no matter how crazy things get, always  tip the sushi delivery guy.

One thought on “Pot, Sushi and Women…When Arkansas Moves to NYC”